Where did the Frappe come from?

The Frappe, apparently deriving from the French word “Frapper” would suggest that this wonderful, refreshing drink originally came from France.
We can be fairly certain though, that the Frappe did originate somewhere in Europe, probably Greece and has been around for decades.

What is a Frappe?

The traditional Frappe is a blended drink, served ice cold with coffee as the base flavour ingredient. The ice is added during the blending process, along with other ingredients to modify or intensify the flavour. 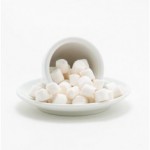 Sugar, milk and flavoured syrups like those from Routin 1883 are common additions.
To finish off and give visual appeal, various toppings like 1883 sauces or loose sprinkles from Kool Kup are also very popular.

Whilst traditionally made with coffee, there is no reason at all to restrict ourselves to tradition. Your Frappe can also be made with tea, fruit juice or chocolate as the base ingredient. Let’s be inventive!

The machine used for the blending process needs to be very good quality to withstand the rigours of crushing and blending ice cubes.
It must have been difficult to make a Frappe with a hand shaker, before electric blenders became available.
You’d probably need to drink the Frappe, to help you recover from the manufacturing process!

Isn’t a Frappe just a smoothie? 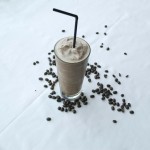 A Frappe is different to an iced cappuccino or a smoothie, because it is blended until a good foam has been generated.
Ingredients such as Kool Kup, can help to build the foam element of the Frappe.

It can be a little difficult to tell the difference between a Cappuccino Frappe and an Iced Cappuccino with the naked eye. It’s often only when the drink is consumed that the wonderful foamy consistency is noticed.

Which are the best Frappe Syrups?

Only good quality syrups should be used, to avoid drowning or overwhelming the base ingredient. Lower quality syrups will need twice the amount to achieve the required level of flavour.
The Coffee Warehouse only recommends Routin 1883 Syrups for use in your Frappe.

Kool Kup thickener is also recommended, because it’s flavour neutrality won’t affect the taste of the drink you’ve taken so much care to make.

This website uses cookies to improve your experience while you navigate through the website. Out of these, the cookies that are categorized as necessary are stored on your browser as they are essential for the working of basic functionalities of the website. We also use third-party cookies that help us analyze and understand how you use this website. These cookies will be stored in your browser only with your consent. You also have the option to opt-out of these cookies. But opting out of some of these cookies may affect your browsing experience.
Necessary Always Enabled
Necessary cookies are absolutely essential for the website to function properly. This category only includes cookies that ensures basic functionalities and security features of the website. These cookies do not store any personal information.
Non-necessary
Any cookies that may not be particularly necessary for the website to function and is used specifically to collect user personal data via analytics, ads, other embedded contents are termed as non-necessary cookies. It is mandatory to procure user consent prior to running these cookies on your website.
SAVE & ACCEPT