The Italian company, Carimali have been manufacturing and exporting their coffee machines worldwide since 1919.

They offer traditional coffee machines, their own range of “superautomatic” machines as well as Bean to Cup machines.
The Macco range of machines are designed to cater to the most sophisticated of needs.

MACCO is founded on the principle of total quality, relying on their vast experience in the field of coffee machines. With a constant research program into machine technology and a view to the future, MACCO is dedicated to quality and reliability.

Their reputation for innovation respect for tradition and their dedication to the needs of the marketplace makes them a market leader in the field of automatic drinks production industry.

You can enjoy an Italian espresso or cappuccino made by a professional Carimali or Macco machine anywhere in the world!

MACCO coffee machines are designed for premises with high drink production rates, as well as the smaller locations, who need outstanding performance for total customer satisfaction.

In all situations or locations looking for outstanding performance. Macco machines can deliver !

1919
After the end of the First World War the first Carimali workshop was established by Angelo Carimali with a staff of 10 people.

The first coffee machines were fitted with 12 to 50 litre vertical boilers.

Coffee was brewed with water coming from a steam boiler, and pressure was kept at around 2 Atm.

1945
Athos Carimali, Angelo’s son, returned from war and took over the management of the company.

At the end of the 40’s Carimali employed about 60 workers.

1950
Lever machines and espresso as we know them today came into existence.

Espresso was now produced with a layer of cream on the top.

The company started to increase overseas sales and widened its product range.

1960
Coffee Machines were equipped with pumps and pressure switches and heat exchangers were introduced.

1965
The “Vega” was launched, one of the first “superautomatic” machines on the market. It had a 3 litre boiler and a 3 kiloWatt heater.

Carimali was one of the first companies in the world to concentrate its efforts on developing super automatic machines.

1970
The company moved to Bergamo and widened its range offering ancillary equipment like grinders, choco dispenser and small grill ovens.

1980
Traditional Systema machines were launched. The pump was now placed within the machine. Systema was to become one of Carimali’s best sellers and most well-known coffee machine worldwide.

Around the end of the 80’s Carimali patents the first “S” automatic group, which gives the name to a new line of super automatic machines.

The company launched the new “F” Family super automatic models. These were available with one or two groups and grinders. With the automatic milk frother, users could prepare any kind of drink at the touch of a button.

1993
The company moved to Chignolo d’Isola, where the offices and the modern manufacturing premises are currently located and covers an area of 6.000 m².

The Macco brand was created to cater for the most demanding customers’ needs.

2000
Carimali and Macco coffee machines are now distributed all over the world.

The company exports more than 95% of its products.

Carimali is now a world leader in the coffee machine industry.

State-of-the art products with a modern and innovative design are constantly developed.

MACCO products are now distributed worldwide through a network of dealers, committed to excellence. 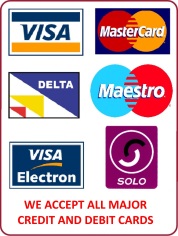 The Coffee Warehouse are proud to sponsor Easington United AFC